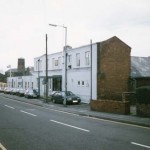 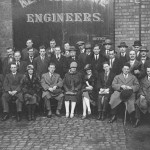 John and William Keats set up a company manufacturing shoe making machinery on Gaol Road in the 1870s as Keats Bros. & Co. From about 1890 they were operating from the Albion Works on Marston Road. In 1904 the company was renamed Keats & Bexon. In 1916 they moved to a new site on Corporation Street, before closing in 1967.