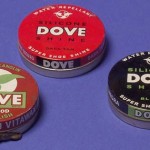 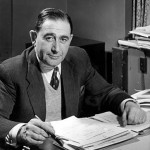 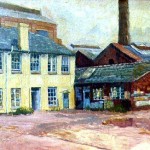 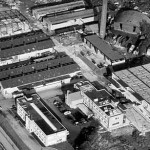 On 3rd June 1932 Spic and Span Shoe Polishes Ltd of Glover Street, Stafford was set up to supply shoe polishes for Lotus Ltd, who were part owners. The company was formed by Adolph Axelrath, the owner of the Yankee Polish Company in Germany.

Dr Hermann Simon joined as a director and chief chemist in 1938. Born in Mainhardt, Germany in 1900, he studied chemistry in Stuttgart where he gained a doctorate in Chemical Engineering. As a German Jew in Nazi Germany, his promising career in the German chemical industry was cut short by the threat of war in the 1930s. Before war commenced he and his family emigrated to Britain. He added chemical products for the building trade to the company’s portfolio, and in October 1938 it was renamed Dove Chemical Products Ltd. Dove shoe polishes were a very famous brand. In February 1940 a further name change took place, this time to Evode Chemical Works Ltd.

War was declared on 3rd September 1939 and the national emergency which followed lead to all Germans being regarded as ‘enemy aliens’. Despite being a refugee from Nazi persecution Dr. Simon was interned under Defence Regulation 18B on 25th June 1940, and the company was scheduled to close. Dr. Simon was initially interned at Huyton and then transferred to Peel, Isle of Man.

Because of the injustice and the loss to Britain’s war effort of Dr. Simon’s expertise in concrete and building technology (including the manufacture of airfield runways, water storage facilities and gas-proof stores) a plea was submitted to the House of Lords in August 1940. A few months later he was released.

In 1948 Evo-stik was registered as an adhesive brand name; one which was to become internationally successful. The following year saw the company name shortened to Evode Ltd.

The new Evode factory, offices and laboratories on Common Road were opened in 1956, and all manufacturing was transferred from the old Glover Street site. In the same year, Vik Supplies Ltd was acquired. By 1962 Evode ceased making polishes. The company retained its links with the shoe industry by developing new adhesives and methods for attaching soles.

Evode became a public company on 30th January 1963 when it was ‘floated’ on the London Stock Exchange. During the 1960s and 1970s the company continued to expand, introducing new products, and setting up subsidiary companies in Canada, Ireland, U.S.A., South Africa, France, Switzerland and Mexico.

Dr. Hermann Simon was awarded the C.B.E. in 1974 for his services to export. After a short illness, he died on 8th September 1978.

Huge world-wide growth continued throughout the 1980s, but the end of an era came in 1993 when the company was acquired by Laporte and ceased to be an independent adhesive manufacturer.

In 2001 Evode was acquired by Bostik Findlay, which was in turn renamed Bostik in 2004. The Common Road factory continues to operate under the Bostik name today.

This entry was posted in Associated industries, Evode, Lotus, Stafford. Bookmark the permalink.

One Response to Evode Ltd